It’s been an exciting weekend. My middle son, Alex’s baseball team won their Fall Ball league championship. The team has only played together for 5 weeks and they ended their season undefeated. As fun as it was watching the team pose with their trophy in their first place sweatshirts, and as proud as I am of my son and his team, I couldn’t help but think that this was only the second or third time in the past five years of playing travel baseball we have been able to take this picture. Maybe that’s why this picture was all the more special. No sooner did we finish this game, our team was back on the road to our final tournament of the fall ball season. I know…. We’re one of those  families.

Sports are a big part of our lives. My daughter, Lacey, danced competitively for many years. She now dances on her high school dance team and is a member of her high school track team. Alex runs cross country, plays basketball and lives and breathes baseball. Adam plays baseball, soccer and is passionate about Tae Kwon Do. Our family vacations are planned around tournaments and competitions. In fact, sometimes our family vacations are incorporated into their sport schedules. I, myself, grew up playing travel soccer. I got to play in some pretty awesome places.  Competitive sports have always been a way of life for me and now I get to live the world of competitive sports from a different perspective… as a parent.

I love to watch my kids participate in sports.  I know first hand, there is so much to be learned from playing sports. And there is so much more to competition than the wins and losses.  There is a difference between being a winner and winning.  A winner works hard, keeps a positive mind, picks up a teammate who is struggling, works hard to better themselves and their teammates, and they never EVER think that they have mastered their skill. A winner leads by example, makes no excuses, and never EVER gives up. A winner develops close relationships with their teammates. But most importantly, a winner has FUN.  These were qualities that were pounded into my head by my coaches while growing up. I am more often than not, reminded of how many of us misunderstand the difference between a winner and winning. The bottom line is….how many wins do you truly remember anyway?  Thus, the reason I had to snap this picture…… 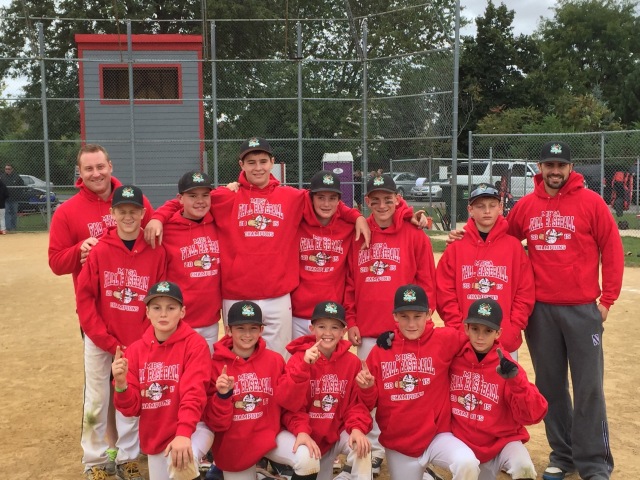 Unfortunately, so many of us get caught up in the ugliness of sports….winning. Everyone knows THAT parent. THAT parent  is always yelling at their own kid to run faster, swing harder, dance cleaner. And after they are done criticizing their own kid, they start targeting the other kids on the team. They just can’t help themselves. Winning is just that important to them. They suck the life out of their own kids, not to mention, the rest of team, the team parents, and the coaches. I’ve experienced THAT parent. They truly make me want to stick hot pokers in my eyes, for I’m convinced that the hot pokers have to feel better than enduring hours on a sidelines with THAT parent. In addition, look at the kid of THAT parent… Do they ever look happy? Think about it….

I look back on my own days of playing competitive soccer. My second home was a soccer field. I vaguely remember the wins. I vaguely remember the losses, for that matter. What I do remember is the fierce friendships that I formed with my teammates. Most of whom I still talk to 30 years later.  I remember traveling to overnight tournaments, staying in hotels and the crazy pool parties. I remember sitting on the floor in the hall near our room listening to Prince, The Cure, Duran Duran, the Pretty in Pink soundtrack, and whatever other music was current and popular at that time; over and over on our Walkmans, until we knew every word. I also pride myself on my ability to style every type of braid known to long hair for this is how we passed time in between games…by the way, teammates…my daughter is truly grateful to you! I remember the team lunches, the team dinners. But, I think my most favorite of all of my soccer memories is a long drive back from a tournament in Cincinatti, way before there were televisions is cars. All of the books and magazines that we brought with us were read and tossed aside. We were beyond bored out of our minds, when, a box of tampons caught one of my teammate’s eye. This little blue box of individually wrapped cotton, suddenly came to life. Our tampon family was born, complete with faces and names, all hanging by their strings and happily flapping outside the window all the way back to Chicago! I remember the endless belly laughing until our sides were ready to explode. Obviously a memory that I will never forget.

I am currently sitting on the sidelines of our third game of Alex’s team’s final baseball tournament of the fall 2015 season. We’ve won two games and as of right now, are currently winning our third. I don’t know what the outcome will be. If we win, I’ll be standing there with my camera, because otherwise,  I’m pretty sure this win will be long (or shortly) forgotten. I will happily remember, however, the boys that I took to lunch today in between games, chatting about how great the raspberry iced was in the dining room during their Cooperstown trip this past summer and reminiscing about the “epic ” pillow fight that broke out among the teams on the last night that they stayed in the bunk house; all while Ke$ha’s Tik Tok was blaring on my car radio and the boys were singing at the top of their lungs all the way back to the field.

2 thoughts on “Raspberry Iced Tea, an “Epic” Pillow Fight, Ke$ha and a Box of Tampons….”

Join 1,413 other followers
Follow Tales From the Butt on WordPress.com